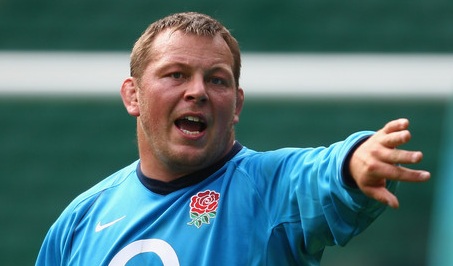 England hooker Steve Thompson is expecting a “pretty brutal encounter” against France in their World Cup quarter final on Saturday insisting that neither team will be looking to take a step back.

England have always seemed to have the edge in rugby where the World Cup is concerned, beating them in 1991, 2003 and 2007 and perhaps coincidentally with England marching on to the finals thereafter. France have had their issues once again however but with a “clear the air” session between the players and coaching staff it is believed that France could have a very big performance coming up.

Thompson though expects the usual, tight, up front battle and is thoroughly looking forward to the game.

“That’s the good thing about playing France, you know it’s going to be a good, physical contest, especially in the scrum, no one takes a backward step, you can really go at them because you know they’re going to come at you. I’m really looking forward to it.”

“I don’t expect anything less than that against the French. And when you look at the bench we’ve got, it’s going to be pretty brutal on Saturday. But what do you expect from a France-England match in the quarter-final of the World Cup?”

However Thompson also adds that France’s unpredictability makes them one of the toughest teams to play against, knowing very little as to whether they will run loose or use the pack to their optimum.

“They’ve been a little bit up and down over the last few years and it’s hard to play against them when they’re like that, they’re unpredictable, and when they play England, they always bring a good game, so that’s what we’re looking forward to on Saturday.”

Should England end up being knock out of the competition you could bet your last penny that the press shall use the off field incidents as the reason, should France head home early then the press will expect changes within from top to bottom.