Liverpool captain, Gerrard says he will give “everything” until the end of the season and his relationship with the club will “never end”.

Both the Liverpool captain and Galaxy coach Bruce Arena confirmed to the LA Times on Wednesday night that Gerrard would have an 18-month deal, pending just confirmation of his P-1 visa and International Transfer Certificate (ITC).

The 34 year-old will complete the formalities of the deal in the U.K, as he has not been given leave to travel to the U.S. to finalise the move.

“Steven Gerrard arrives in July and by then we will certainly have a plan available,”said Arena, who has led the club to three Major League Soccer titles in four years. 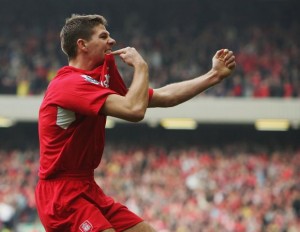 He added that the Englishman is a player of quality and he is not concerned about how he is going to fit in with our team.

Gerrard is set to earn a basic salary of around four million pounds ($6 million) a year, around half of what he currently receives at Anfield, although he will be able to increase that figure through his image rights and sponsorship.