Stoke and Manchester United will be out to continue their strong recent form when they met at the Britannia Stadium on New Year’s Day with fans able to pick up a free £50 in play bet from Bet365.

The Potters enjoyed a Christmas to remember as they beat both Everton and West Bromwich Albion without the concession of a goal. The six points moved them up to 11th in the table onto 25 points, just 8 points off the Champions league spots.

Since their promotion to the top flight in 2008, Stoke has made home form the key to their survival however this season they have been just as effective on the road, picking up one point fewer on their travels.

Four wins from their last 7 home game has restored some of the fear factor around the Britannia and much of that has down to the form of Bojan. The former Barcelona starlet has taken his time settling in but in recent weeks he has looked sharp. 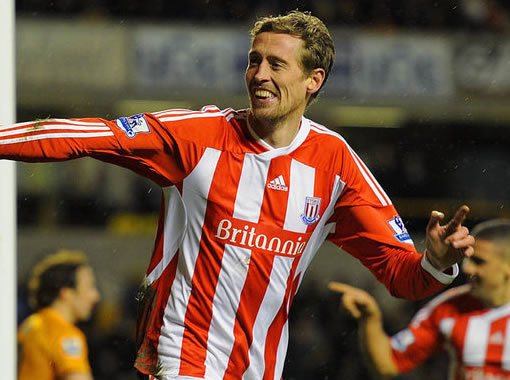 It is no wonder then that manager Mark Hughes, a former United player, will give the attack every opportunity to overcome the hamstring injury that saw him substituted against WBA.

Hughes will definitely be without full-back Phil Bardsley with an ankle injury but other than that they will be at full-strength.

While Stoke have impressed over Christmas, United have been more consistent of late picking up 23 points from a possible 27 with draws with Spurs and Aston Villa the only real blots on an otherwise impressive run of form.

The results have moved the club into third in the table, 10 points off the top and while defensive and midfield concerns still hamper the club, the signs are that Louis Van Gaal is going in the right direction.

Van Gaal will give a late fitness test to Antonia Valencia. The wing-back is struggling with a slight groin trouble.

Anders Herrera is expected to return to the squad however after shaking off a muscle injury.