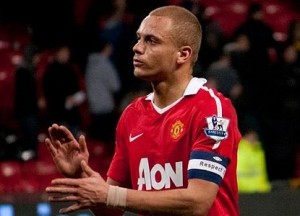 Sunderland FC defender Wes Brown insists the side must start their games much better if they are to go on and win them claiming that poor starts early on has effected the side.

The former Manchester United defender joined the Black Cat’s over the summer with fellow team mate John O’Shea however things have not progressed as was expected for the North East side as they currently languish in sixteenth, just a point above the relegation spots.

Brown admits that a better start is key for the side as they continue their campaign at the weekend.

“If we can start games better then it obviously follows that we will have a much better chance of winning games. As a defender, conceding early goals isn’t something you like to see.”

Sunderland next face another side under pressure when they travel to the Emirates to face London on Sunday in which a loss for either side could see them slip into the bottom three.