Following a difficult last few weeks in which they struggled to put together any sort of consistency in their results, Jose Mourinho would be looking to help the team move on from the events that happened at White Hart Lane a week back

Jose Mourinho’s crusade against the establishment also resulted in the Portuguese being slapped with an FA charge and self-imposed vow of silence.

The club may not be able to do much over Mourinho’s off-field predicament, but they certainly can do something about their slipping league form when they take on manager less Newcastle United at the weekend.

The former Real Madrid manager will be thankful that he has a fully-fit squad to choose from, for what will be an important fixture in the battle for league supremacy. 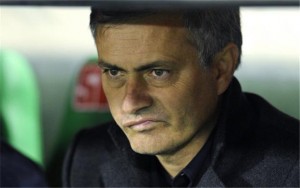 Belgium International, Thibaut Courtois is likely to return in goal after Petr Cech was given a rare outing against Watford.

John Terry, Eden Hazard and Cesc Fabregas are expected to return for Chelsea after they were rested against Watford in the FA Cup.

The trio were rested from the squad that defeated Watford in the FA Cup on Sunday but will face the Magpies at Stamford Bridge as Mourinho eyes to run the orchestra from the stands.