The former England captain has stressed his desire to win the FA Cup again with Chelsea and insists that the competition “means the world to me”.

Chelsea skipper has already won the famous old trophy five times at Stamford Bridge but he is fully focused on helping Jose Mourinho’s men lift the FA Cup again in May as they prepare to face League One Bradford City at Stamford Bridge in round four on Saturday. 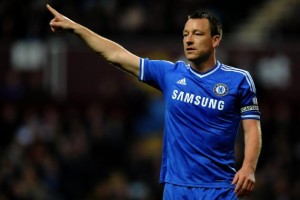 “But when you get there, there’s none bigger to play in at Wembley – one of the best stadiums in the world, in front of you supporters and on a great pitch as well. So, for me, it’d be great to go back there.” he added.

Mourinho’s men are still on course for a unique quadruple this term as they lead the Premier League, are in the last 16 of the Champions League and have a Capital One Cup semi-final second leg against Liverpool on home soil next week with the score finely poised at 1-1 from Tuesday’s first clash at Anfield.