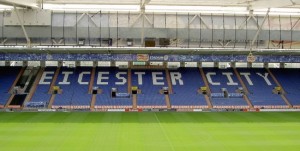 Leicester City has been in turmoil this week after the shock sacking of former England manager Sven Goran Eriksson. The fans and the media are divided in opinion and no one really knows quite what is going on at the King Power Stadium. One thing is for sure, the club’s Thai owners sure do have high expectations and Sven obviously didn’t live up to them.

It was announced earlier this week that Leicester City had had enough of him. In his time in the Midlands he had spent well in excess of £15 million and a win percentage of just 42% which in hindsight was far from impressive for a team who are one of the highest spenders in the country. With the cries roaring from the fans for time, the definition of time needs to be fully underlined. Just how much time should they have given him?

Despite his “new” squad needing time to gel together as a team, it is now nearly November and a quarter of the way through the season and running away with the league is a rather large overstatement with them lying in just 14th place after the defeat to West Ham at the weekend. The Swede had a year and City are still not achieving their goals. On the other hand, they are within touching distance of the play-offs on points and not too far from automatic promotion. Crazy or clever only time will tell.

Whether Sven’s sacking was right or wrong, time will be the telling point as to who will succeed the Swede at the Leicester helm. Early favourite is Martin O’Neill. Adored by the Foxes faithful and despite being a match made in heaven, the Irishman is unlikely to want to risk his beautiful reputation with the club he steered to promotion and consecutive top ten finishes in the country’s highest division as well as a European place and two League Cup trophy wins.

And then there’s Mark Hughes. Remember him? Another of the failed Manchester City money men who was sacked after a fairly impressive reign at Eastlands, if we are bluntly honest. He may not have won the league in his first year but he built a strong backbone to the City squad and sent them well on their way to where they are now under Mancini. Would he be popular amongst the City faithful? Possibly.

Other names being thrown around are Billy Davies, Ian Dowie, Roy Keane, Neil Lennon, Lee Clark, Simon Grayson, the list is endless. One thing is certain, Leicester City need a manager fast and my advice to the Thai’s in charge would be a simple one. There is only one man for the job and the time is right to start persuading and giving the man some assurances. If they are serious about Premier League football next season then one man is the answer. Bring back O’Neill.