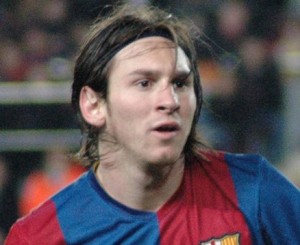 With two of the fiercest rivals in world football set to face each other in just over two weeks, millions will tune in around the globe to eagerly watch another ‘El Clásico’. Following on from the most recent battles which have focused more on the aggressive, passionate side of the game as opposed to the beauty of it, the subsequent contest will yet again be conquered by fiery emotions.

But with each game, however balanced it may be, however scrappy, one player always manages to light up the field. Whether it is in the Champions league or in the league Lionel Messi is a rare phenomenon; his sensational dribbling, strength and control on the ball accompanied by his positioning and attitude within a game has moulded him into the greatest footballer in modern times.

In his career to date, Messi has scored 13 goals against Real Madrid and come December the 11th it would not come as a surprise if he added to his collection. Most strikers would be happy with 13 goals in a season but to get just as many against one of the most successful teams of all time is testament to Messi’s brilliance.

Since the appointment of Jose Mourinho, Real Madrid have improved remarkably and closed the gap on their Catalan rivals drastically. But that gap, as small as it may be, still remains because of one player; Messi.

Mourinho has done an excellent job to catch up and almost equal his team with Barcelona but there is nothing, even for one of the most notable managers in the game, to do to try and match up with the genius himself. The player is incredible; born with the treasured ability that graced the likes of Pele, Maradona and Best, no one in world football can compare to him on the pitch and we are lucky to be able to watch him light up the field week in week out.

Real Madrid sit three points ahead of Barcelona in the league table as it stands but come December 11th I have no hesitation of assuming that Barcelona will get the three points purely because of Messi. He is a player who shines on the biggest stage and can turn the most bitter of games into a magical moment that will live with us forever. For Real Madrid, they are effectively equal in every dimension of the game except one: Unfortunately that one dimension is Messi.