Chelsea take on mid-table Swansea City at the Liberty Stadium today, seeking to extend their lead at the top of the Premier League.

However, the Blues will need to improve on a poor recent run on the road that has seen them win just one of their last five away games.

The Swans, though, have also been struggling for form themselves of late, with Garry Monk’s men without a victory in their previous three league outings, a run of results that has seen them slip to ninth in the standings. 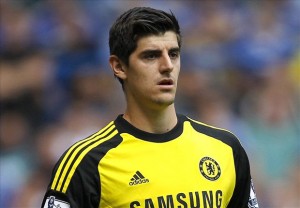 And with the South Wales outfit having not beaten the visitors in any of their last seven top-flight meetings either, Jose Mourinho will be expecting nothing less than all three points in the principality against opponents missing departed top scorer Wilfried Bony.

After having been rested for last Saturday’s victory over Newcastle United, Cahill’s partnership with John Terry is set to resume against Swansea, but fans wouldn’t be disappointed if the impressive Kurt Zouma starts again.

The west London club should stick with back-up goalkeeper Petr Cech, with No. 1 Thibaut Courtois still to fully recover from the broken thumb that kept the Belgian out of last Saturday’s win against Newcastle United.