The former Arsenal star Thierry Henry has described Gabriel Paulista as a “special talent” as Arsenal close in on the signing of the Brazilian defender.

The 24-year-old was due in London on Monday for a medical ahead of his proposed £15m transfer from Spanish side Villarreal. 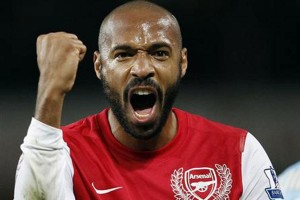 As much has been made of Arsenal’s lack of cover in defence this season but manager Arsene Wenger appears to have acknowledged and addressed those concerns by moving for the centre-half.

The  former Arsenal striker Henry believes that Gabriel has the potential to be a big success in the Premier League.

“Arsene knows what he needs,” said Henry  “He obviously thinks the team is lacking a centre-back. Arsenal are going to get a young but polished player. I’ve heard he is a special talent.” he added.

The Frenchman confirmed on Sunday night that the Gunners were close to concluding a deal to sign Gabriel, with striker Joel Campbell moving to Villarreal on loan until the end of the season.

After speaking his side’s 3-2 win over Brighton and Hove Albion in the FA Cup, Wenger told reporters “Of course, he’s only played for one year in Europe and maybe there are some things to work on but the potential is there.”