Thorgan Hazard wants to play with his brother Eden Hazard

Thorgan Hazard says that Chelsea’s gaffer Jose Mourinho likes him and he want to play with my brother, but he can’t move clubs again. He is looking for stability in his career.

The Belgian starlet joined Chelsea in 2012 and has spent time on loan at Belgian side Zulte Waregem. He was loaned out to Borussia Monchengladbach last summer.

The younger Hazard is enjoying his football in Germany and has stated clearly that he doesn’t want to move to another club once the deal expires this summer.

Although, he still harbours the ambition of playing with Eden at Chelsea, Thorgan has stressed that he wants stability in his career and he is looking to extend his deal with Monchengladbach. 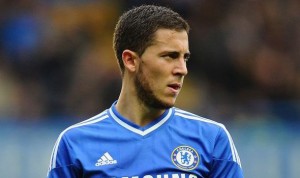 “Negotiations are under way”, said the young Belgian star.“I feel good at Gladbach and I need stability, which is not always the case in loan agreements. I have no desire to move to a new team and a new country.” he added.

The younger brother said that he still dream of playing with Eden in the same team. He added that his father is always in touch with [Jose] Mourinho and he heard that the gaffer appreciates him.

Thorgan has scored four goals and provided seven assists in 24 appearances for Monchengladbach in all competitions this season.