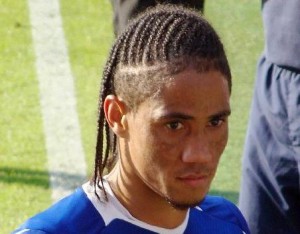 Speculation appears to be mounting around the January sale of Steven Pienaar, after it was revealed that QPR are unlikely to give up on their chase after having an initial bid rejected.

The Tottenham midfielder – who has made just five appearances in all competition this season – looks set to be on his way out of the North London outfit this season and is being offered to clubs.

Despite Harry Redknapp’s claims that the player will not be leaving in the January transfer window, it’s highly likely that if the right offer came in for the South African, Spurs would be willing to sell.

The Lilywhites paid around £3m for Pienaar just under a year ago and are expected to hold out for that sum if they are to let go of the midfielder.

Reports have suggested that QPR lodged and undisclosed bid for the South African which was swiftly rejected.

However, new Hoops boss Mark Hughes is keen to chase up his target as he looks to bring some new faces into Loftus Road after taking over the manager hotseat earlier in the week.

Sources suggest that the former Blackburn and Fulham boss has already made a bid of £7.5m for his former charge, Christopher Samba, as he and club owner Tony Fernandes seek to create a QPR side capable of Premier League survival.

Pienaar’s progress at Spurs has been largely limited due to injuries, however the 29 year-old showed at Everton that he is a highly industrious workhorse on his given day.

Rangers may not boast the same position league status as London rivals Spurs, but could offer Pienaar a return to first-team football if he chooses to accept a transfer barely a year into his four-year contract.