The Spurs may have been presented with a great opportunity to enhance their squad during the January transfer window, but they must be prepared to dig deep.

As Chelsea are closing in on a deal for Juan Cuadrado, according to the reports in media, it could force Andre Schurrle out of the club. 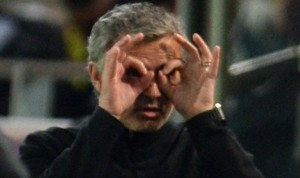 The reports says that the German is available for a fee of around £27 million and if Spurs are serious about their top-four ambitions, it is a price that they must pay to increase their chancesto break into the European elite, should the opportunity present itself.

The German world Cup winner’s quality is undoubted and he is the sort of player that Tottenham should be in the market for if they are looking to upgrade their squad.

At the moment, Wolfsburg are interested in him, but the chance to move to a club where he wouldn’t have to relocate and would have a direct chance to prove his old employers wrong may be an attractive proposition.

The deal could be the perfect January transfer coup for Tottenham to complete if they just show some ambition in the window and the £27 million fee would look like small change if it were to help them secure Champions League football.