Louis van Gaal is set to see the return of Angel Di Maria, Daley Blind and Marcos Rojo in his first ever FA Cup game in Somerset

The likes of Angel Di Maria, Daley Blind and Marcos Rojo have not been able to feature regularly since joining the Red Devils last summer but the trio is set to feature in the game against Gary Johnson’s side after being declared fit by the club’s medical staff.

Moreover, Adnan Januzaj, Rafael da Silva and James Wilson are also in contention for a place in the starter XI as the Dutch tactician seeks to field a very strong squad against the third-tier side. 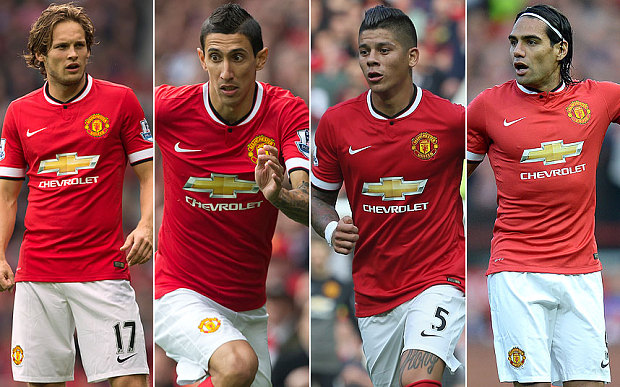 After suffering a hamstring injury at Stoke City on New Year’s Day, Ashley Young will sit out this one and in his place, Luke Shaw will again start as a left back. The youngster has been impressive since returning from injury and will add an extra dimension to the team’s offensive capabilities.

Following an embarrassing 4-0 thrashing at the hands of MK Dons in the League Cup, Van Gaal is keen to make sure that he sends in a strong starting XI to avoid the same fate happening to his team in the FA Cup.