After shipping him out to Real Madrid last summer, Louis van Gaal may be willing to let Javier Hernandez leave Old Trafford permanently

Although he had a stellar start to his playing career at Manchester United a few years back where he scored a lot of goals and established a reputation as one of the most lethal finishers in the game, Javier Chicharito Hernandez’s star has literally fallen to depths that no one imagined were possible in recent times.

The Mexico international struggled for game time under David Moyes and when Louis van Gaal was given the managerial responsibilities at Old Trafford, the Dutchman did not have much time for the talented striker and quite willingly, allowed him to join Real Madrid on a season long loan. 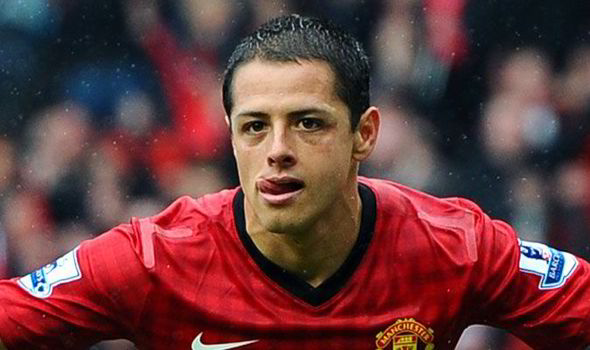 Game time has been limited in Spain as well for the Mexican and it is now reported that van Gaal is looking to sell the player once his loan deal at Madrid ends.

The Telegraph claims that Los Blancos are not going to take up the option to sign the former Chivas Guadalajara striker on a permanent basis which means that Hernandez will be looking to find a club this summer where he can be guaranteed sufficient playing time in order to revive his career.