Since arriving at Old Trafford from Atletico Madrid a few years back, David de Gea has very slowly and quietly gone about his work in training sessions to become one of the best goalkeepers in the European circuit.

After a rather tough introduction to life in England where he was criticized a lot for his costly errors, the Spaniard has forged a reputation from a promising keeper to one of the best keepers in the game today.

This season, De Gea has been the reason behind many of United’s successes and it is clear that without him, the English giants would be struggling. 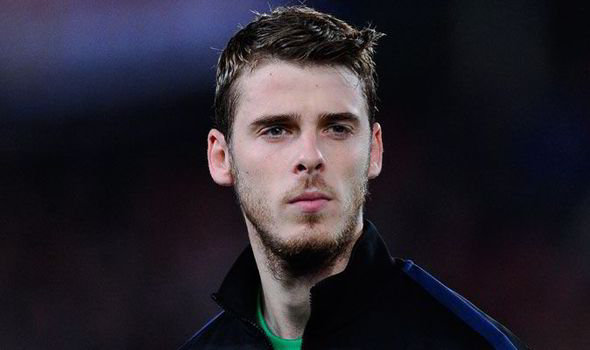 Naturally, his performances have impressed Real Madrid who are now looking at him as the perfect replacement for Iker Casillas.

However, The Red Devils are looking to tie their number 1 down on a long term contract in a bid to squash transfer rumors.

De Gea, who has 18 months left on his current deal, is also reportedly keen on signing a new deal with reports suggesting that talks between the player’s representatives and the club are already underway.