The English giants are highly interested in acquiring the services of the Belgium international who is currently on the books of German Bundesliga outfit, VfL Wolfsburg 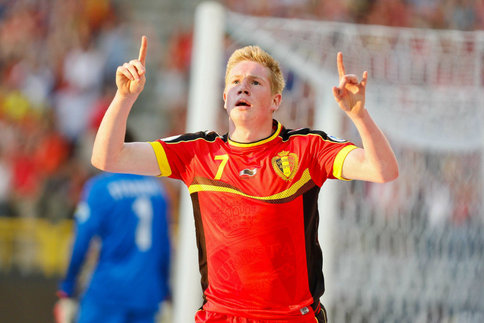 According to reputable German newspaper Bild, the Red Devils have actually scouted the gifted playmaker on numerous occasions this season and feel that his arrival at Old Trafford will definitely improve the team as a whole.

De Bruyne left Chelsea for the Wolves last January and since arriving in Germany, has put in consistent displays that have made him one of the hottest properties in German football.

Moreover, having a tenacious mentality is something that has helped the midfielder quite a lot and Van Gaal believes that he is exactly the type of player who would help him achieve the targets he has set at Manchester United.

De Bruyne has been on song so far this season and has already notched up three goals and provided 10 assists in just 17 appearances this season which means that he could return to England with a lot of experience and great form behind him.