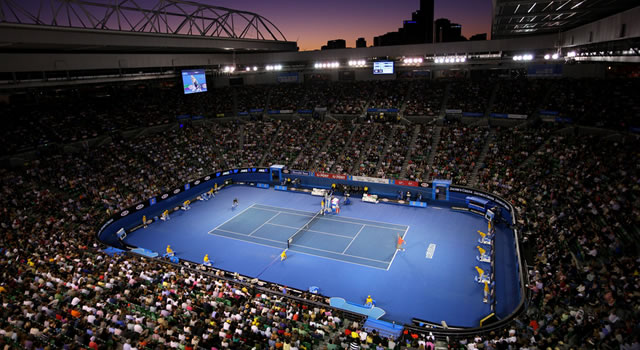 Andy Murray eased through his second round match with the German Matthias Bachinger, winning comfortably in straight sets.

The eighth seed won 6-3, 6-3, 6-4 in a more convincing performance than his first round win against Robin Haase.

Don’t forget you can watch all the action from the US Open online with Bet365:

The conditions weren’t ideal for tennis, however Murray overcame the wind and had too much for the world number 235.

The 2013 US Open champion progressed in less than two hours as he looks to win back his title.

Murray will face Andrey Kuznetsov in the third round, after the unseeded Russian outlasted Fernando Verdasco in the second round.

Verdasco led 2-1 in sets, however Kuznetsov rallied to win the last two 7-5, 6-3 to beat the 31st seed and will face Murray for a place in the fourth round.

The third round is already Kuznetsov’s best performance at the US Open, on the back of beating David Ferrer at Wimbledon.

Murray won’t be taking Kuznetsov lightly given the form of the Russian and he may need to reach a new level in his third round match.

Saturday’s match will be the first between the two, with Murray the overwhelming favourite to progress.

On the same day Novak Djokovic will face the home favourite Sam Querrey, after making light work of his second round match.

Djokovic dropped just four games in his easy win over Paul-Henri Mathieu as he looks to win his second US Open.

The third seed Stanislas Warwinka faces the unseeded Blaz Kavic, who surprised Jeremy Chardy in three sets in the previous round.

Australia’s Nick Kyrgios continued his rapid rise with a win a comfortable win over Andreas Seppi in the second round.

After reaching the quarter-final at Wimbledon, nobody is taking Kyrgios lightly and he faces the 16th seed Tommy Robredo.