The Manchester United manager chose not to give an open answer on the future of the Scotland international, sparking rumors that he could be set to leave Old Trafford

After years of loyal and valuable service, it appears that Darren Fletcher’s Manchester United career is rapidly coming to an end. The Scotsman has featured sparingly so far this season and has fallen down the pecking order as Van Gaal looks to change things at Old Trafford. 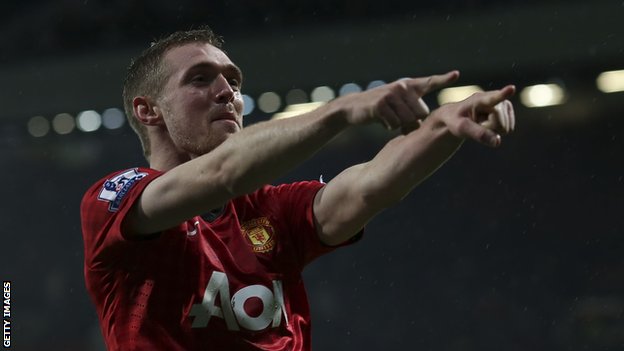 And, it appears that the midfielder, who is United’s longest serving player at the moment, could be one of those players who might face the sack at the end of the January transfer window.

According to reports, Sam Allardyce’s West Ham United are in pole position to sign the midfielder while the likes of West Brom and Valencia have also shown a lot of interest in a player whose extensive experience is something that any team would like to have on board.

However, when asked by reporters, Van Gaal did not give any clear answer about the player’s future.

“He is still a Manchester United player – that is the update.

“Darren Fletcher is the only player who has already won the FA Cup in my squad.

“He is also one of my three captains. That is what I can tell you.”