Arsenal gaffer, Arsene Wenger has called for the establishment of an independent panel to help stamp out diving and to retrospectively ban those found guilty.

Chelsea boss Jose Mourinho this week spoke out over what he saw as a “clear campaign” against his side after midfielder Cesc Fabregas was cautioned by referee Anthony Taylor for simulation in the match at Southampton.

It is not the first time this season the Blues have found themselves at the centre of a diving storm.

Wenger, who had a touchline bust-up with Mourinho during Arsenal’s defeat at Stamford Bridge in October, quipped he “very much” felt sorry for the supposed campaign against Chelsea players. 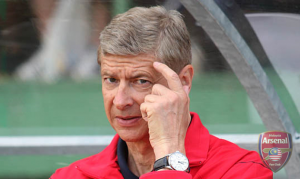 However, the French coach agrees something must be done to eradicate the trend of those looking to win an unfair advantage.

“I am against diving. We should punish after the game. The problem will be to decide when it was obvious diving or not. That is a big issue and sometimes it is not obvious,” said the Gunners gaffer, Arsene Wenger.

He added that he is not a specialist in this kind of thing, but the only way that the players will stop doing it is if they feel they can get punished.