Wenger Confronted by fan at Southampton

A truly miserable New Year’s Day for the Gunners when their gaffer Arsene Wenger and his coaching staff were confronted by a fan during their limp 2-0 defeat against Southampton last night.

In an extraordinary scene, the supporter held out his arms as he appeared to taunt the Arsenal bench where Wenger was sitting before being apprehended by stewards and arrested by Hampshire police.

Southampton were subsequently told that the fan was an Arsenal supporter who had made his way in front of the away dugout during the closing minutes of the match. 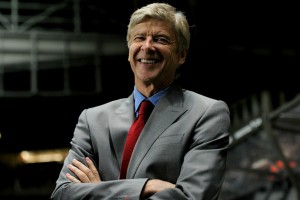 Although, the Frenchman was under the impression that the man was a Saints fan. Wenger, his assistant Steve Bould and physio Colin Lewin had all gestured at the man to move away.

Hampshire Police and Southampton are now studying CCTV footage in an attempt to understand how the man was able to walk across the home dugout and then stand in front of Wenger and his coaching team.