Arsene Wenger has informed the Arsenal hierarchy that he wants to be given the funds to make two signings during the January transfer window.

The Gunners have been linked with a number of potential transfer targets since the window opened, with rumours suggesting the club could spend big in order to get their title bid back on track.

A top-four spot remains Wenger’s priority though, and the media have reported that he wants two new additions to help secure another season of Champions League football next year.

The Frenchman has identified the need for a defender and a defensive midfielder in his squad, and a number of injuries has forced his hand. 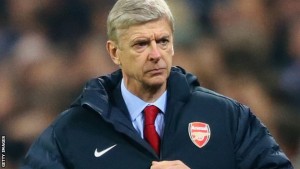 With at least three first-team midfielders sidelined for a while, a new midfielder looks likely to be the first through the door, with Ilkay Gundogan and Grzgorz Krychowiak heavily linked.

With Mathieu Debuchy suffering yet another injury, Wenger knows that brining a new defender to the Emirates is a must, and Borussia Dortmund star Mats Hummels and West Ham’s Winston Reid look like his top targets.

It is likely the Arsenal board will accept the request, but it is unlikely a striker will be brought in this month.