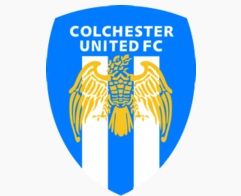 At the start of the season I predicted Colchester United finishing 11th in League One this was based on last seasons performance specifically towards the end of the season, the clubs transfer activity in the summer and my knowledge of the ability of the players they have.

However my view has some what changed, in just five games despite only picking up 7 points and currently lying in 11th in League One on goal difference Colchester have impressed me and have shown the ability to kick on and exceed the 11th place that I predicted and that they currently lie in.

You could look at Colchester with 7 points having already lost twice this term and think it’s the same old story, a decent side but will always finish between 13th-8th but if you look at the teams Colchester have faced the results look a bit more respectable.

The two losses came to early promotion favourites Charlton Athletic and Huddersfield Town, although the defeat at home to the Addicks was a comfortable one the U’s were desperately unlucky away at last seasons play off finalists Huddersfield Town, Colchester lost out 3-2 and were desperately unlucky with a goal that got disallowed.
Its not a case of Colchester recording victories over the sides expected to struggle and losing to the sides expected to do well because on the first game of the season Colchester United humbled last seasons Championship side Preston North End at their Deepdale home.

The club may be a bit disappointed with the draw at home to League One new boys Wycombe Wanderers but the performance was not lacking even Wycombe’s goalkeeper Nikki Bull said “If that was a boxing match it would have been stopped after half hour but Footballs a funny sport” Colchester were dominant but if you don’t find the killer touch they your always going to be in danger at any level.

The clubs over fixture was yesterdays success over Oldham with a comprehensive 4-1 win thanks to a Wordsworth brace including a strike within 17 seconds and goals from regular hit man Ian Henderson and Matt Heath.

The club have other positives as well as their generally impressive performances, the form of the above mentioned Wordsworth has been somewhat of a revelation, his ability has always been highly rated at the Weston Holmes Community Stadium but he has started off the campaign in outstanding form hitting three goals already this term.

Former Norwich man Ian Henderson has picked up where he left off last season and has also netted three times in this league One campaign and once in the Carling Cup. The club will also be overjoyed by the goal return from striker Kayode Odejayi who despite struggling infront of goal last season has grabbed 2 league and one Carling cup goal so far.

One negative for the club has been their defensive form they have a tendency to leak goals, in the 6 games played so far including the Carling Cup fixture against Wycombe they have let in 12 goals.

Looking at this form I think the club will do better than the 11th placed finish I originally predicted, of course this all depends on consistency which has been Colchester’s problem for a while now, it’s a running joke amongst some fans that on cold Tuesday nights they can be one of the worst sides in England. If Colchester can find this sort of form all season and Wordsworth, Henderson and Odejayi can keep performing at the level they currently are Colchester will be major challengers for the play offs come the end of the season.

What are your thoughts? Where will Colchester finish? Is their form as good as I am suggesting? Have Henderson, Wordsworth and Odejayi been as good as I make out? Is their any star names I have missed out for the U’s? Leave a comment and let us know your thoughts