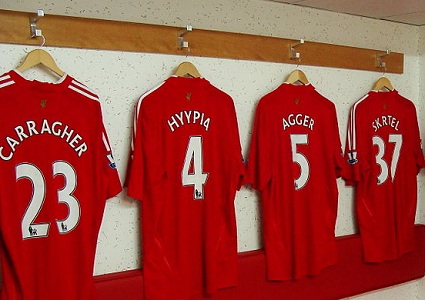 Last January for Liverpool fans was a bit like the title of that film “Gone With The Wind”. Within the month, Kenny Dalglish was apoointed caretaker manager, one of Liverpool’s top strikers was ushered out of the door for a whopping £50m to Chelsea, and the Anfield side paid BIG money for two strikers in Luis Suarez and Andy Carroll.

A year on and things do look better for Liverpool on the pitch, there is a confidence there and although Carroll’s form and Suarez’s ban has taken a slight edge off things, they remain a side in contention for a top four finish.

With so much money being spent last January and again in the summer though, will they look to bring in fresh faces? Suarez’s ban has seen Liverpool linked with a lot of attack minded players and the fans are still crying out for a professional right winger.

Here is a short list of players that have been linked with Liverpool over the last few months.

From our point of view Liverpool will need another striker at some point, in fact, even if Suarez had not been found guilty it still looked to be an area that required strengthening. The right wing position is also a concern and someone who can fire balls in from that side to meet Carroll’s head will get them plenty of chances and plenty of goals.

Who do you think Liverpool should be targeting this January?