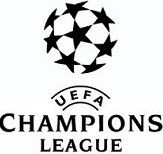 With over two thirds of the Premiership having already been played in the 2010/11 season, the former superiority of the big four teams – Arsenal, Chelsea, Liverpool and Manchester United – appears to be in danger. The questions that need to be asked are; will a new team overcome the likes of Manchester United and Chelsea; will they continue to dominate England’s Champions League places; or will the new rising stars like Tottenham and Manchester City steal the limelight from their increasingly worried rivals?

For instance Liverpool seemed to be on the brink of expulsion from the biggest English clubs until their new owners, and a ‘new’ manager, sparked them back into life. Although Liverpool are unlikely to win the Premiership, and sadly for some are also unlikely to qualify for the Champions League, if the title race continues to tighten, they may be the team to whom many rivals slip up against. And this could cost them their spot in Europe’s premier competition. Liverpool has still yet to play Manchester City, United, Tottenham, Arsenal and outsiders Sunderland in the second half of the season, which could determine their final positions in May.

Although, every teams’ ambition is to play in the Champions League it may cause their respective downfalls. With the Champions League and Europa League increasing in their fixture rates from now until May, each team who play in Europe will naturally tire causing possible weaknesses in squads and a change in formations. This could cause some slipups in the final third of the season. In addition, with these teams still in the FA Cup, these competitive clubs will continue to tire and allow others to challenge for their places in Europe. This increase in fixtures may allow teams who either drop out of European competition, or clubs like Sunderland, who are growing in strength and confidence, to have a greater chance to finish in the top four.

Although we are arriving at the business end of the season, are the points already scored more important than the potential points available during the rest of the season? The points which the competing clubs already have, have given us a glimpse into what may happen by the end of the season. Manchester United are four points clear at the top of the table, allowing them some degree of mishap if they do lose to another team like Wolves. In contrast, Chelsea have been in poor form and have recently dropped out of the top four, which may cause them some trouble at the end of the season. The amount of points they have lost out on to the lower teams such as Fulham, may cost them dearly when in-form teams like Manchester United already have secured more points than many of their rivals.

Teams like Chelsea, Tottenham, Manchester City and United are all vying for the Champions League. However, the teams who end up in the top four may be the ones with the largest squads who will not suffer from the same amount of fatigue compared to their rivals. But their current positions may show us a peek of who will play in Europe next season.