Will Arsenal make the top four this season? 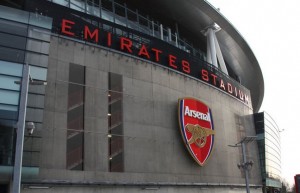 After such a poor start to Arsenal’s season there are many that suggest the best the Emirates side can hope for is a top 8 finish. Losing four of their opening seven games is certainly not title winning form however Arsene Wenger would certainly take encouragement from Manchester United a few season ago where two losses and a draw in their first three games would have been considered “game over”.

History tells us that Manchester United came back from that appalling start but can Arsenal do the same? There are plenty of new players in the Arsenal camp, some young, some with good experience. It may take time for them to gel, to find their rhythm, to get things moving again.

There is though the fact that some Arsenal players, in their current state of mind are perhaps not ready for the challenge ahead, a few would perhaps rather jump ship instead of take the rough with the smooth. There is no need to mention names, most will know who they are, even the players themselves will know.

The loss of Fabregas and Nasri was not good, but there is no point looking at the past, you can wallow in self pity and think what might have been, or you can crack on with the job, after all, that is primarily what they are paid to do.

As one starts to look back and try and work out what went wrong over the last few games take heed that Arsenal still have some very top drawer players, they will gel, eventually, but will it be too late by then? Will they make that top four again?

Get 50% Extra on your first Bet at Bet-At-Home.com