Kurt Zouma experienced the FA Cup for the first time this weekend and put the finishing touch to the 3-0 win over Watford, reward for what he described as a good second-half display by the team.

Before then he was quick and decisive at the back to end Watford attacks on several occasions.

“I am very happy because I scored my second goal for Chelsea and with a clean sheet” said Zouma after the match.

He added that it is a personal achievement for him being a defender , assingle every defender likes it when they don’t concede goals. 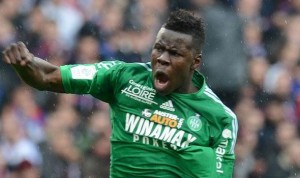 Chelsea began the game with not what they want.But the second half was really good, where they played really well and scored three goals.

Zouma also reported that Jose Mourinho at half-time called for more movement off the ball, as well as introducing goalscorer Willian and Diego Costa for the second half.

The game was Zouma’s 10th Chelsea appearance and his seventh start. The substitute appearances have all been in the Premier League. He is prepared to wait patiently for his first full game in that competition.