Middlesbrough are seen as 5/4 favourites to beat Bolton Wanderers at The Riverside Stadium whilst Leicester will look to keep up with the leaders with a win at home to Millwall in a busy live streaming coupon from the Championship today.

This time 10 years ago, both Middlesbrough and Bolton were in their prime as both sides went on to contest the League Cup which the Teeside club ultimately emerged victorious however both sides have different goals as they battle to move up the Championship table.

Middlesbrough have failed to show the same good form from this time last year and the Teeside club are currently sitting 19th in the table just five points above the relegation zone.

The game at The Riverside Stadium will mark the debut of Premier League reject Shay Given as the experienced goalkeeper makes his debut for the club after signing on an emergency loan earlier this week. 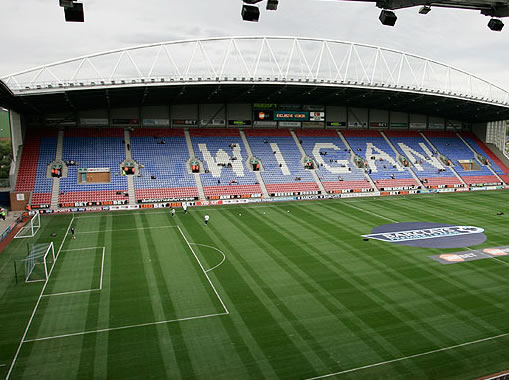 will come in for the suspended Jason Steele who is set to miss the next three games after receiving a red-card in last week’s game against Leeds.

New Boro’ boss Aitor Karanka could also be without defender Seb Hines who is a doubt for the game as he battles against a recurring hamstring problem.

After failing to regain promotion back to the Premier League last season, Bolton have faded into mid-table obscurity as The Trotters currently sit 15th in the league having won just 4 out of their 16 games this season.

Their trip east will eventually mark the debut of on-loan striker Joe mason who had previously joined the club on loan earlier this season only for parent club Cardiff to recall him back just a day after arriving at the Reebok.

Aside from Mason’s arrival, Bolton are still suffering from several injury problems with goalkeeper Adam Bogdan and midfielders Mark Davies and Stuart Holden all unavailable for the game at The Riverside Stadium.

In the other fixtures, Leicester will look to keep the pressure on promotion rivals Burnley and QPR with a win at home against struggling Millwall.

The Foxes are currently in 2nd place in the table although they sit level on points with their rivals having won 11 of their games this season – more than any other team in the league.

Leicester will welcome Anthony Knockaert back from suspension and also see Ritchie de Laet make a first team appearance although Sean St. Ledger and Tom Hopper are still out for the next few weeks.

Millwall are once again finding themselves in a relegation battle and the South London side are stuck in 18th place with just a six point gap separating them from the bottom three.

The Lions will be forced to make two changes ahead of the game with Nicky Bailey suspended for the game meanwhile striker Martyn Waghorn is ineligible to play against his parent club due to his loan conditions.

As Leicester look to turn their good form into making a return to the Premier League, other sides such as Middlesbrough and Bolton will use this weekend’s fixture to remember more successful times and use those memories to help improve their fortunes on the pitch.